Stefano Giglio won the 2021 edition of the Carlo Alberto Medal.

Stefano Giglio received his BA in Economics in 2006 from Bocconi University, and his  Ph.D. in Economics from Harvard University in 2011. Upon completing his doctorate, he spent six years at the Booth School of Business of the University of Chicago, where he was first Assistant and then Associate Professor of Finance. He then moved to the Yale School of Management, where he is now Professor of Finance. He is Faculty Research Fellow of the NBER, Research Fellow of the CEPR, and Editor of the Review of Financial Studies. He has authored 17 papers in the top journal of Economics and Finance.

Stefano is a scholar working at the intersection of finance and economics. In addition to giving several important contributions to empirical asset pricing, for instance on the long-run behavior of discount rates, on factor models of asset prices, and on applications of machine learning, he has recently provided important contributions to climate finance and on how to hedge climate risk.

In the words of some of the scholars who nominated him, Stefano is “among the very best scholars in finance and macroeconomics today,” and “while primarily an empiricist, he is also a better theorist than most theorists.” “His research always blends theory with clever empirical designs to attack important questions in economics and finance.” While “it is hard to do creative, thoughtful, rigorous, out of the box and readable work on asset pricing and macro [,] Stefano does.”

The award ceremony will take place at the Collegio Carlo Alberto during the late Spring of 2022.

The winner is selected by a committee of distinguished scholars on the base of nominations submitted by economists throughout the world. This year, 26 nominations were submitted by 75 scholars. The Selection Committee for 2021 is composed of: Marianne Bertrand (Chicago Booth), Darrel Duffie (Stanford), Lars Hansen (Chicago), Alessandro Lizzeri (NYU), Rosa Matzkin (UCLA), Stephen Morris (MIT) and Fabrizio Zilibotti (Yale).

Yale SOM announced the award in its website news. 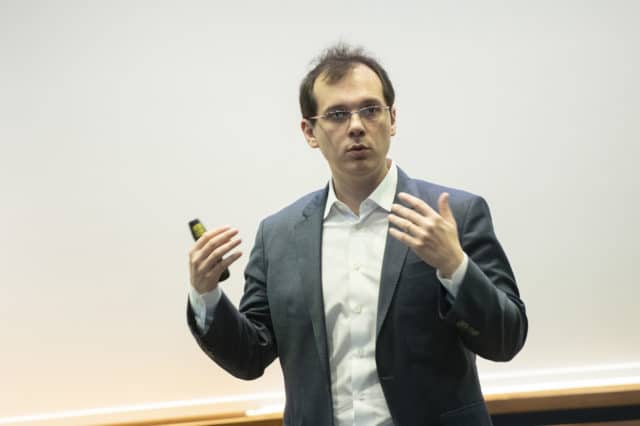