Collegio Carlo Alberto is the host for the project "PFAS Exposure and Children Development: Evidence from an Italian Environmental Incident" (PECHID), awarded the Seal of Excellence (SoE) by the European Commission for a Marie Sklodowska-Curie Individual Fellowship, and funded by Compagnia di San Paolo with a Trapezio grant, which is awarded to a selection of excellent Horizon projects.

Motivation
Per- and polyfluoroalkyl substances (PFAS) are highly stable carbon fluorine compounds that have been used since the forties to make products water- or grease-proof. These substances, informally known as “forever chemicals,” persist in the environment and can accumulate in the body. The American CDC, in its fourth National Report on Human Exposure to Environmental Chemicals, concluded that “PFAS are found in the blood of people and animals all over the world”. While many recent studies showed robust associations between PFAS exposure and adverse health effects, including among children and newborns, there is currently no evidence proving a causal link. The project aims to fill in this gap by providing the first causal evidence on the relationship between PFAS exposure, children's health, and cognitive development.

The project
The project focuses on the leading European case of PFAS contamination. For decades disposal of industrial waste by a large PFAS producer polluted Europe's second largest aquifer, and water carried by waterworks and wells serving the population of roughly thirty municipalities located in Veneto, Italy (shaded in yellow in the picture). The environmental incident was discovered only in the summer of 2013, when local authorities intervened and potential PFAS exposure ended. The project aims to exploit the quasi-experimental setup provided by the localized nature of the incident and the dynamics related to its discovery to identify how PFAS exposure affected children's cognitive development and health in contaminated municipalities. The same setup is used to investigate whether and to what extent news of water contamination affected housing prices and tap water consumption in contaminated municipalities.

Execution
The project is built in blocks, alternating stages where data from disparate sources (official reports, maps, surveys, censuses and administrative registers) is collected and manipulated, to stages where progressively richer data is used to narrow down the effects of interest by exploiting econometric techniques from the causal microeconometric toolbox (in particular geographic regression discontinuity design and difference-in-differences). 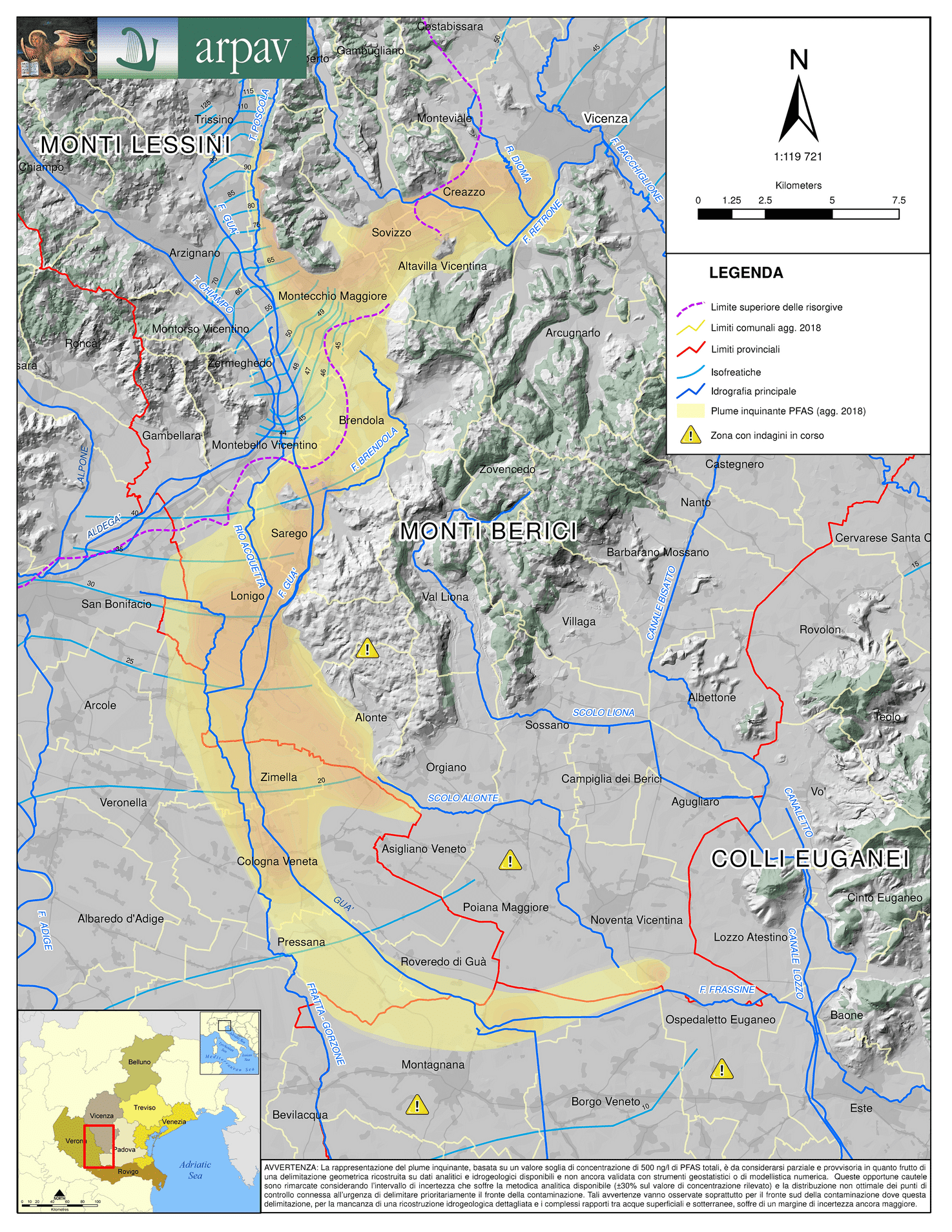