The Collegio Carlo Alberto joins all the international academic community in expressing their concern for the invasion of the democratic republic of Ukraine at the hands of Russia. War should never be the solution to any problem, and a war of choice, with the clear intent of toppling a democratically elected government, can only be unequivocally condemned.

Readings on Russia’s 2022 invasion of Ukraine

Since Russia’s invasion of Ukraine on 24th February 2022, myriad articles and books have been written about the topic by scholars and journalists alike. Much of it focused on detailed, day-to-day, analyses of the war and economic situation: what sanctions have been applied, which companies have left (or failed to leave), and what advances, or retreats, have been made where.

Many of us at the Collegio have wanted to contribute to this discussion and have already done so at multiple events (for instance, a round table on 16th March). Yet we also thought—arising from one of these events—that there was space for another kind of contribution: a collection of readings.

Our decision to propose a collection of readings, instead of adding our own writings, was based on the plethora of existing information on the topic. With so much of it around, a crucial task is to decide what to read and to believe (and less so to add more). Which is exactly where we decided to contribute. Indeed, by drawing on the wealth, and diverse range, of expertise amongst the Collegio faculty members, who proposed readings in their own particular areas of expertise, we selected insightful but varied resources.

An aim running throughout the collection is to select resources that have a timeless quality to them. A good check on this is to ask: are these readings as relevant today as they were three months ago? The answer, to us, is yes.

Below we bring together this collection of articles, blogs, and books spanning topics as varied as the average lengths of conflicts, the role of independent media (at least what there was prior to the recent purge) in Russia for voting, and views on the war and sanctions from international law.

Our contributions are organised into five categories:
(1) War and conflict
(2) Economic consequences of war and sanctions
(3) The survival of authoritarian regimes and the media
(4) Social consequences of war
(5) An international law perspective

These categories can also be seen as dealing with, first, a strategic perspective on war (zooming out from the day-to-day happenings), followed by viewpoints from economics, political science, sociology, and finally law.

We hope that you’ll find this collection as useful as we did when we first encountered the readings that it contains.

Strategies of conflict
Thomas Schelling’s Strategy of Conflict (1960) is the fundamental reading for anyone eager to comprehend conflict through subtle rationality. Devoid of jargon and formal modelling, it is written in a tight enjoyable prose, and exudes sheer game theoretic intelligence applied to negotiations, war and threats of war, criminal deterrence, extortion, and tacit bargaining. Despite being published more than 60 years ago, it remains as relevant as ever.

In two later papers, Robert Powell builds on Schelling’s contributions and further studies the conditions under which conflict between states is likely to emerge (Powell 2004), and, the role of nuclear deterrence (Powell, 2015). For the former, he finds that large, rapid changes in states’ relative power can increase the likelihood of conflict:

For the latter, Powell asks: how does the balance of military power affect the dynamics of escalation? He finds a striking trade-off: the more military power a challenger state brings to bear, the more likely it is to win in conventional warfare. Yet, bringing more power increases the risk that events spiral out of control and end in nuclear war. His analysis also identifies when nuclear blackmail is likely to be possible.

On the duration of wars
As Daniel Kahneman reminds us in Thinking, Fast and Slow (2011), it is essential to consider not only the details of a particular situation but also the “outside view”—what happened in prior cases that were similar to the one being evaluated—when thinking about what to expect. For wars, this implies evaluating how long they typically last.

Tragically, the first reading below finds (for civil wars) that they lasted, on average, just over seven years with more than half of the wars in their dataset lasting longer than 48 months (Collier et al., 2004). As the authors put it: “Both peace and civil war are highly persistent states…Societies in civil conflict have a high probability of remaining in civil conflict”:

Although both readings identify multiple factors (e.g. economic) that can shape their duration, an overriding implication is that resolution in Ukraine may take longer than many people anticipate.

The economic consequences of war and sanctions

The VoxEU portal provides an ongoing, and insightful, resource about the economic consequences of the war. In particular, the contributions by Sergei Gouriev (see here and here) are particularly interesting and clear.

Turning to sanctions, a recent paper by de Bassa and colleagues (2021) shows that, consistent with other literature, sanctions can have mixed consequences. They propose and find evidence that countries targeted by sanctions can respond by defaulting on their external debt, which in turn enables that government to divert resources from servicing the debt to buying internal support. In other words, default is a defensive strategy aimed to regained political support. Sanctions can thus both harm the target country and have a backfire effect. Consequently, they highlight that “a certain degree of caution is necessary in the use of sanctions, especially when the target is a highly indebted country”:

Following Russia’s invasion, the ruble plunged in value but then recovered in the subsequent months. How? Why? Paul Krugman tries to answer this curious question in a New York Times article.

The survival of authoritarian regimes and the media

Why do some authoritarian regimes survive for years while others fail? Why was Mao able to rule over China for 33 years while Pol Pot was ousted after only 3? Gandhi and Przeworski (2007) analyse all authoritarian rulers in power between 1946-1996 to answer this question. A key part of the answer, they argue, is the use of nominally democratic institutions:

Two other readings help provide an important insight into the role of the media. The first (Peisakhin & Rozenas, 2018) uses a quasi-experimental approach to study the effect of Russian television availability in Ukraine on the electoral support for pro-Russian candidates; it can help us understand why Russia gained support in some areas of Ukraine:

The second study (Enikolopov et al., 2011) demonstrates the flip side of the coin: independent TV channels can substantially increase voting for opposition parties. Indeed, this threat is likely reflected in Putin’s move to shut down independent news channels since the start of the invasion.

Russia’s invasion is likely to not only to leave deep economic and political marks on Ukraine, but also social ones. While many are likely to be negative and have harmful social consequences for years to come, there may also be some room for optimism.

By disrupting the established order, wars can also create opportunities for women’s empowerment, at least in the short and medium term (Webster et al., 2019). Moreover, since gender equality is associated with less conflict, this may subsequently create a buffer against continuing violence and conflict in the post-war period:

There are plausibly other consequences too. Social norms, the informal social rules that prescribe how we ought to behave, may be shaped by war. Gelfand and co-authors (2011) propose that societies can be considered as “tight”, with many social norms that are strongly enforced, or “loose” with few social norms with deviations accepted. And, that a key way in which societies develop tighter norms is by exposure to threats, such as war. In case this prediction holds out, social norms governing daily life in Ukraine may sharply change in the future:

While another study in Uganda, Sierra Leone, and Tajikistan (Henrich et al., 2019) finds that individuals more exposed to war are likelier to participate in Christian or Muslim religious groups and rituals. Put differently, war seems to increase religiosity:

Regarding sanctions, two books offer perspectives from law. The first provides a precious legal analysis of contemporary state and EU practice, case studies and cross-cutting topics like the impact of sanctions on economic operators:

The second examines the implementation of sanctions by major powers and assesses their impact through the case studies of Russia, Iran, Syria and North Korea:

The Collegio is joining the effort by many to provide help to the citizens of Ukraine, who are the first victims of the aggression. Our first initiative was to offer a donation to the fund collection started by our sister academic organization Kyiv School of Economics (KSE), which is collecting funds with the aim of supporting humanitarian projects of Ukrainian NGOs that help vulnerable groups of people in Ukraine and those who cannot ensure independently their own safety. In March 2022, the community and the stakeholders of Collegio Carlo Alberto have raised Euro 7,000 to help the citizens of Ukraine. 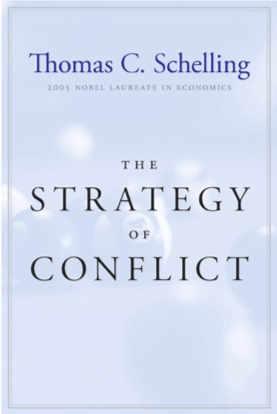 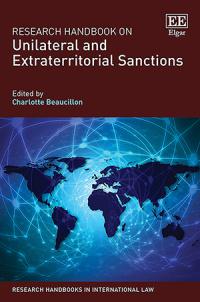 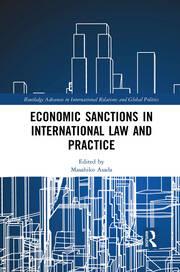